Eyebrow microblading uses individual strokes to create a hyper-realistic eyebrow drawing that conforms to an individual’s facial structure and face shape. Our technicians use a semi-permanent technique of eyebrow drawing called Phibrow. Our lash lift treatment lifts your natural eyelashes from the root helping enhance the eyes and creating the effect of longer, lifted lashes. Each procedure is treated on an individual basis where facial morphology and proportional relationships are used to develop a custom outline that suits each client. 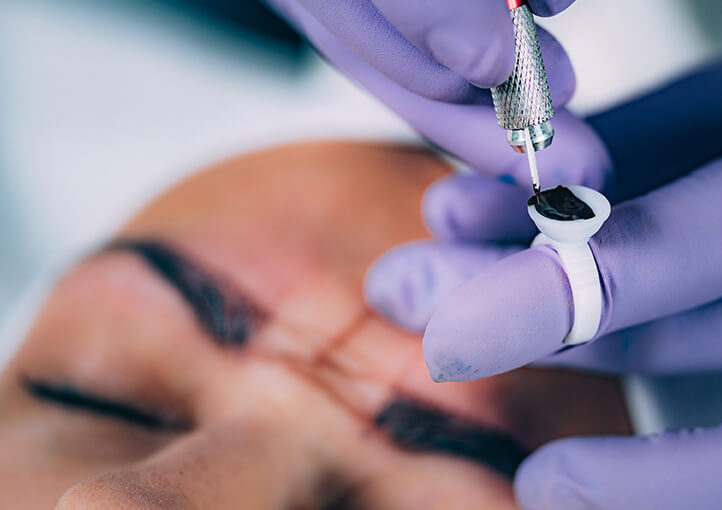 At Skiin we specialize in the Phibrow technique, this provides a more natural approach with individual feather strokes based on each individual face. PhiBrows is a manual, semi-permanent technique of hyper-realistic eyebrow drawing in which the shape of eyebrows is calculated according to facial morphology and golden proportion.

The color will fade by up to 40% as it heals. No downtime is required after microblading procedure. It takes approximately 7-14 days for the brows to heal over, and about 1 month for the color to fully set in.

How long does it last?

It can last up to 2 years, depending on your lifestyle. A touch-up is recommended every 6-9 months.

It doesn’t hurt as such, it is more a sensation. The process itself is not painful thanks to the numbing ointment that is applied.

Follow these steps to properly take care of your skin after microblading.

A lash lift curls your natural lash, making them appear fuller and longer while keeping them healthy and hydrated. A lash lift is ideal for someone who doesn’t want to keep up with the maintenance of traditional lash extensions.

Say bye-bye to mascara because your lashes will be tinted as well.